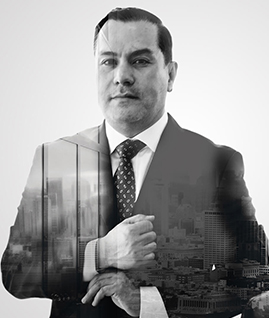 Manuel has more than 20 years of experience advising on labor and employment law to international companies and individuals with businesses in Mexico on compliance and regulatory issues in connection with inspections visits from the Ministry of Labor (State and Federal), and on a wide range of labor-employment related issues including employment termination, dismissals, union claims, negotiating or enforcing collective bargaining agreements, restructuring and layoffs resulting from mergers and acquisitions.

He acted as Legal Manager of COPARMEX JALISCO (one of the most important and representative Employers’ Union in Mexico), and at the same time was employer representative at State and Federal Labor Boards.

Manuel previously served as lawyer for on the largest Mexican banks and before that as Law Clerk at a Commercial Court, thus has more than 20 years of experience in civil and commercial litigation, as well as in ADR.

He has represented international clients and foreign public institutions, such an Italian Court, in commercial disputes before the Mexican Federal Courts obtaining favorable rulings on high-profile cases.

Among his most representative clients are international and national companies in the Energy, Electronic, IT, Automotive, Food and Services industries.

Manuel has been head professor on Labor Law and ADR, as well as speaker and panelist in seminars of some of the most well-known and recognized Universities in Mexico, such as Universidad de Guadalajara, Universidad Panamerica, and Instituto de Investigaciones Juridicas de la Universidad Nacional Autonoma de Mexico.

Some representative transactions include:

Responsibilities within the Firm: